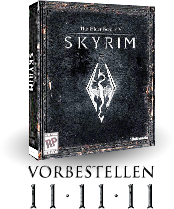 Beschreibung: Morrowind Enchanted Editorby Farren HaydenThis is a modding tool designed to do things thata) you can't do in Construction Kitb) are difficult in Contruction KitIts not intended to replace but to complement the CK. The CK hides certain information from you and doesn't do save games. At a certain level, however, master files, plugins and save games have exactly the same structure. The Enchanted Editor shows you the information at this level. Its not intended for anyone who isn't willing to occassionally squint at the screen and think hard, because obviously the higher level information in CK is more meaningfully laid out. However if you put in the effort you have complete control over everything in a plugin, master or save game, rather than the limited control you have in CK.You can always edit any file in a hex editor but that doesn't interpret information for you, which the Enchanted Editor does. So in a hex editor your character name in your save game looks like this (decimal): 68, 105, 101, 115, 101, 108 whereas in this editor it shows up as "Diesel". Of course in this editor its shown in the structure it appears in in the underlying file rather than the nice bundled together on a form way it does in CK. In CK, for instance, to get to an NPC Faction and rank you must double click that NPC and get a nice layed out form. In the Enchanted Editor you have to find the "NPC_" record, scroll down to the "ANAM" subrecord, and edit or read the data in it.TESAME, a great tool used by many modders to access at this level and clean up stuff they can't get to in the CK, also accesses at this level, but doesn't allow editing of subrecords. This editor not only allows editing, but tailors the editing to the type of subrecord and property being edited. File lookups have a browse files (...) button. Entries that look up other records (like the class for an NPC) have a lookup (...) button. Book text entries not only allow you to edit the HTML text of the book, but actually preview what the book will look like with a Morrowind paper background! Access the player journal ("JOUR") record in your save game, open the "NAME" subrecord and edit the "Text" property and voila, a custom entry in your journal!In other words it gives you the advantage of a low level editor, but packed with high level functionality to make low level editing easier. I hope this helps you understand what the Enchanted Editor does.--------------------------------------------------------------------------Reduce a 5mb Save Game File to 1MB (major FPS increase and kills most "doubling"")--------------------------------------------------------------------------This technique has some quirks like resurrecting all dead characters but does not break quests or change characters attitudes to you etc. The vast majority of space taken in in your save is NPCC (characters you've stolen from, killed etc) and CELL (Cells you've altered) records, so...1. Load the save game2. Turn OFF safe editing (Edit/Editing Options/Safe Editing or just click the symbol like a roadsign on the toolbar till it warns you and the symbol turns bright yellow and red)3. Click the check box next to the "Cells" node to mark all cells.4. Click the "Cells" node (not the checkbox) to expand it and show all cells and scroll down till you see the cell or cells where you keep all your loot (your home, if you have one). Uncheck this cell in the check box or you lose your loot.5. Click the check box next to "NPCs Altered/Killed by Player" (NPCC) node to mark all altered NPCs.6. CRITICAL: Click the "NPCs Altered/Killed by Player" (NPCC) Node to expand the node and show all NPCC record. Scroll down to the "PlayerSaveGame" record and UNCHECK it. You don't want to delete this specific record or your save game will be ruined.7. Press Delete. All CELL and NPCC entries apart from your home and the PlayerSaveGame will be deleted.8. Save your game. I got a 5MB game (LOTS of mods and Neverine) down to 1MB like this. Everyone I knew still thought I was the bees knees and I could walk around Balmora without feeling like a crippled snail on downers afterwards (much better FPS).------BE AWARE !! THIS IS AN EDITOR AND NO COMEDIAN !!!